Planet 51 tells the story of Charles Baker, an astronaut, who lands on an unknown planet. He was the first to put up the star-studded banner and claim to own it, except that Planet 51 is inhabited by aliens, the inhabitants are apple green, they have eight fingers and two antennae, it rains pebbles, cars fly and the horror film "The Attack of the Human" is a hit.

Sort by:
Best sellers Relevance Name, A to Z Name, Z to A Price, low to high Price, high to low
Showing 1-1 of 1 item(s) 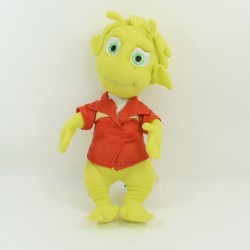